To celebrate the launch of a new book about 120 years of film in Worthing and Sussex – ‘Electric Pictures’ (published by the History Press), Worthing WOW will be hosting a special book launch together with a film screening of the classic British film ‘Wish You Were Here’ at the Dome Cinema at 12.45pm on 23rd April 2017. The comedy drama starring Emily Lloyd and Tom Bell was shot in and around Worthing and in the Dome during 1987. 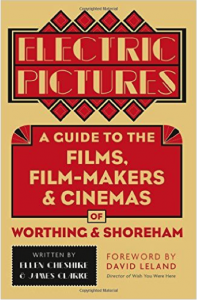 The film will be introduced by its esteemed director David Leland – who has also written the Foreword to the book – and after the film there will be a Q&A with him about his glittering Hollywood career and what it was like to film in Worthing 30 years ago.

Written as part of the Worthing WOW festival celebrations, ‘Electric Pictures’ commemorates 120 years of film in the Sussex coastal towns of Worthing and Shoreham, capturing the region’s rich cinematic legacy and its place in British film history.

From filmmaking pioneers through to blockbuster films and key events in the film history of the coast, this volume draws on research from film archives and local history resources to tell the story of the south coast film world.

The book was due for publication on 2nd March and can be ordered on-line from www.amazon.co.uk at £12.99 or as a Kindle edition at £4.35. 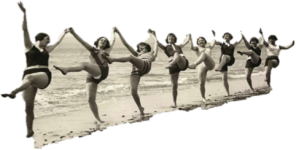 This screening event will also be linking in with Worthing’s new ‘Wish You Were Here’ festival, an Open-Access, Performing Arts Festival, which is taking place over the same weekend – Thursday 20th to Sunday 23rd April. The bfestival will showcase a range of performance makers in pub venues around Worthing, including, theatre, comedy, film, spoken word and music. The weekend promises to be a celebration of Worthing, the arts and the good old British seaside. wywhfestival.co.uk

Worthing WOW, which is a registered charity, is organizing this event for the community of Worthing to celebrate creativity, to inspire our younger generation and to raise funds for future festival events.