David Allen has scripted a humorous club film suited to the Albany theme of ‘Elephant in the Room’ and is expecting to film it during a club evening in October. Ever busy David is also working on ‘Parlez Vous’ described as a saucy comedy for filming this year. 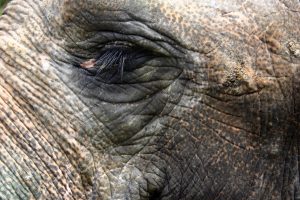 Alan Eyles is working on a film with the working title of ‘McCarthy’s Church’ and is looking to local amateur theatre groups for the cast.

As most remaining sequences for the thriller ‘Dead on Time’ are set during the night, the production team are taking a summer break and filming will re-commence in the autumn.

Howard Johnson has written a comedy sketch entitled ‘Cold Calling’ which is in preparation as a project for filming this year.

Alan Cross has adapted a script written by Nadya Henwood entitled ‘Tragedy’, into a screenplay and is meeting with the writer to discuss the film.

Do you have any stories or scripts that may be suitable for filming? If so, we’ll be delighted to hear from you. Also, please let us have any of your ideas that could be developed into a film script or let us know if you’re interested in directing films or being involved with the production process.

Please keep Production News informed and let us have production pictures if you are making films of any genre, including documentaries and Hot Shorts, or if you would like assistance, crew or acting members for a film you are making.

Please forward your information together with copy pictures to Brian or email them to brian.meetens@tiscali.co.uk