Post production on Alan Eyle’s film ‘The Curse of McCarthy’ is nearing completion and the film will be ready for screening early in the New Year. 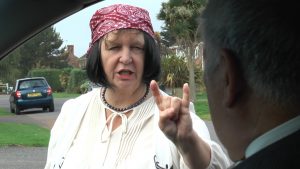 Sharon Leppard as the gipsy, giving McCarthy
(played by Howard Johnson), ‘The Curse’.

David Allen’s version of ‘Elephant in the Room’ is due to commence post production in January.

Filming has wrapped on Alan Cross’s production of ‘Goody Two Shoes’ and post production has commenced. The original story was written by Nadya Henwood. 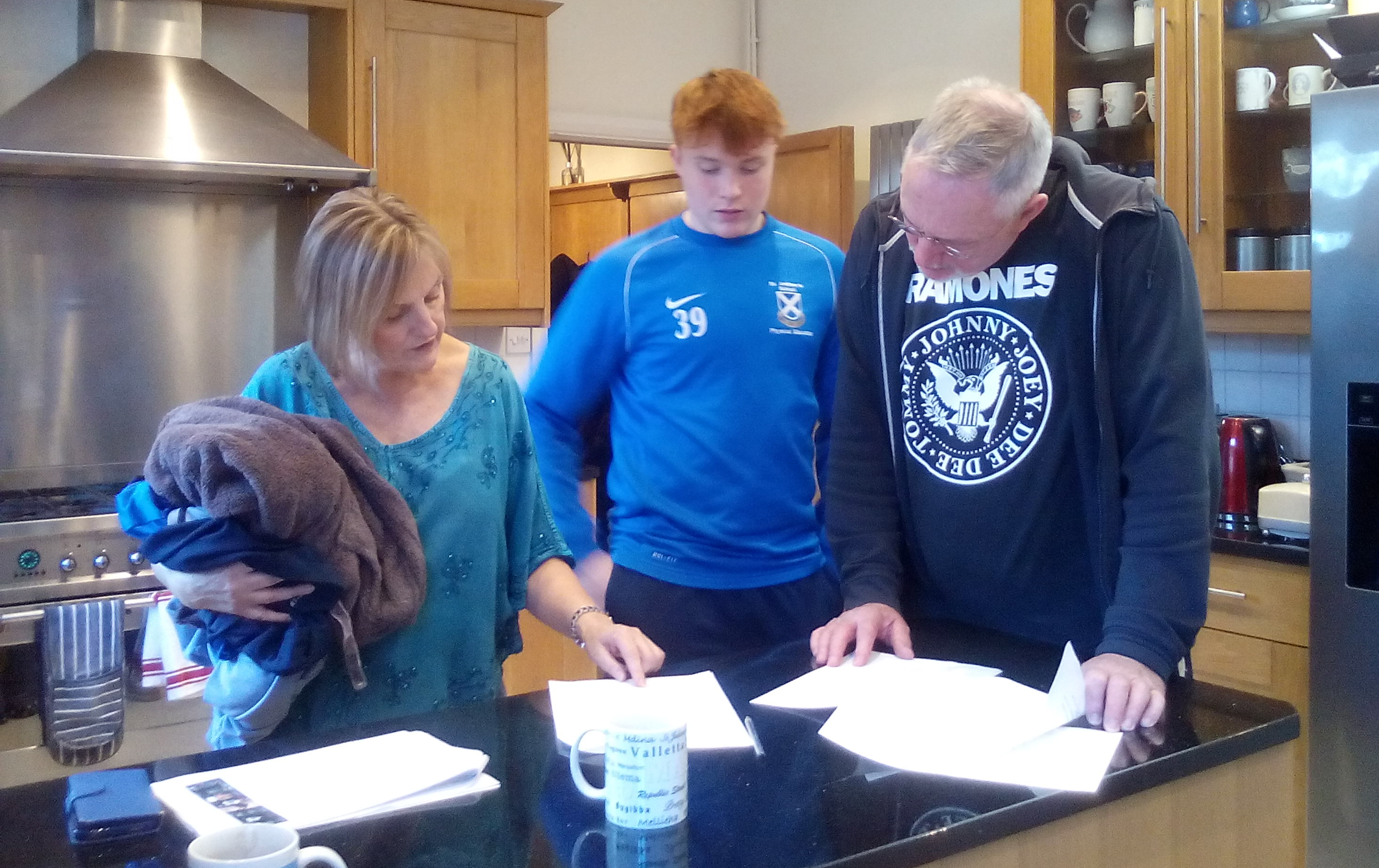 Lucy Goldberg and Alan Cross have written a screenplay from a story by Lucy under the working title of ‘Elephant on the Wall’ with filming scheduled to start in January.

SDFM cameras are following Worthing’s youngest Mayor, Cllr Alex Harman as he goes about his mayoral duties. If you’re able to offer help with filming any of the sessions, please contact Bob Summers or Howard Johnson.

Roy Powell is producing a film about Worthing Steel Band and is in preparation for a film about the workings of Shoreham Harbour Lifeboat Station on Kingston Beach at Shoreham.

If you would like to be involved in any of these films, please contact the director/producers named above.

If you have an idea, story or script that could be the basis for a film or are interested in directing a story film yourself, please contact Brian Meetens.