‘Dead on Time’ is in the final stages of post-production and is due to be screened at the club on 20th February.

David Allen’s comedy about a fading Hollywood actress Betty duBois was premiered at the club on 2nd January. 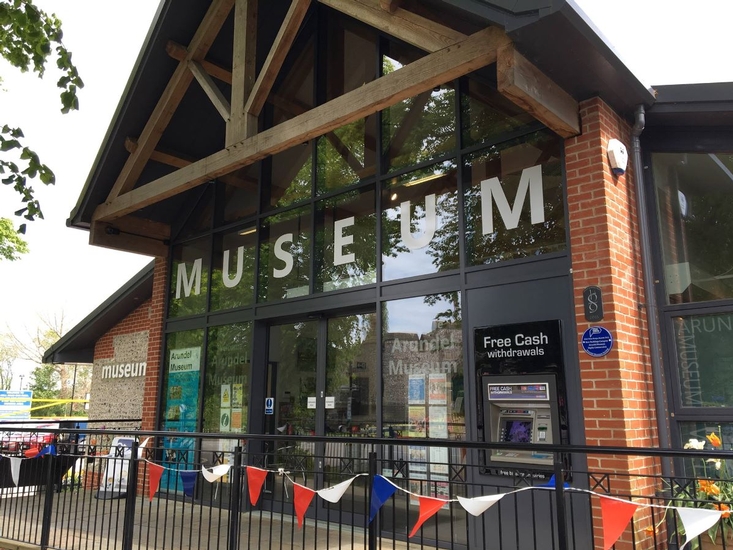 Filming is complete on the Arundel Museum project and is due to be screened to the museum committee this month..

Ideas and scripts for the future were discussed at the recent Script sub-committee meeting, including a script from Vivienne McCulloch matching the theme of the 2020 Albany competition (A Change in Direction) which she has offered to anyone who would like to direct. A director is also required for the comedy ‘Phial 22’. If you’re interested in directing, please email or speak to Brian Meetens.

Irina Pitman has a comedy script about a missing cat.

John Lovell will soon be looking for actors and crew for his new production scheduled for filming in the spring.

Filming is under way with the owner of the designer glass business who makes the decorated windows displayed on Worthing pier, for a documentary showing the making of these fascinating displays. (If you haven’t yet seen them, take a walk on the east side of the pier – the displays are located in the first section of the pier’s centre partition).

Do you have contact with any local theatrical society or know of anybody who may be interested in acting in our films? Are you interested in directing or helping with productions? Do you have any ideas for stories that could be filmed by the club? If so, please let me know.