David Allen’s film for the Albany competition, ‘Please Stay for the Raffle’, has completed post production and is scheduled for previewing to the club in early April. (Below: On set with director David Allen, actors Peter Cornwell and Jim Anderson, and cameraman Mike Spanton). 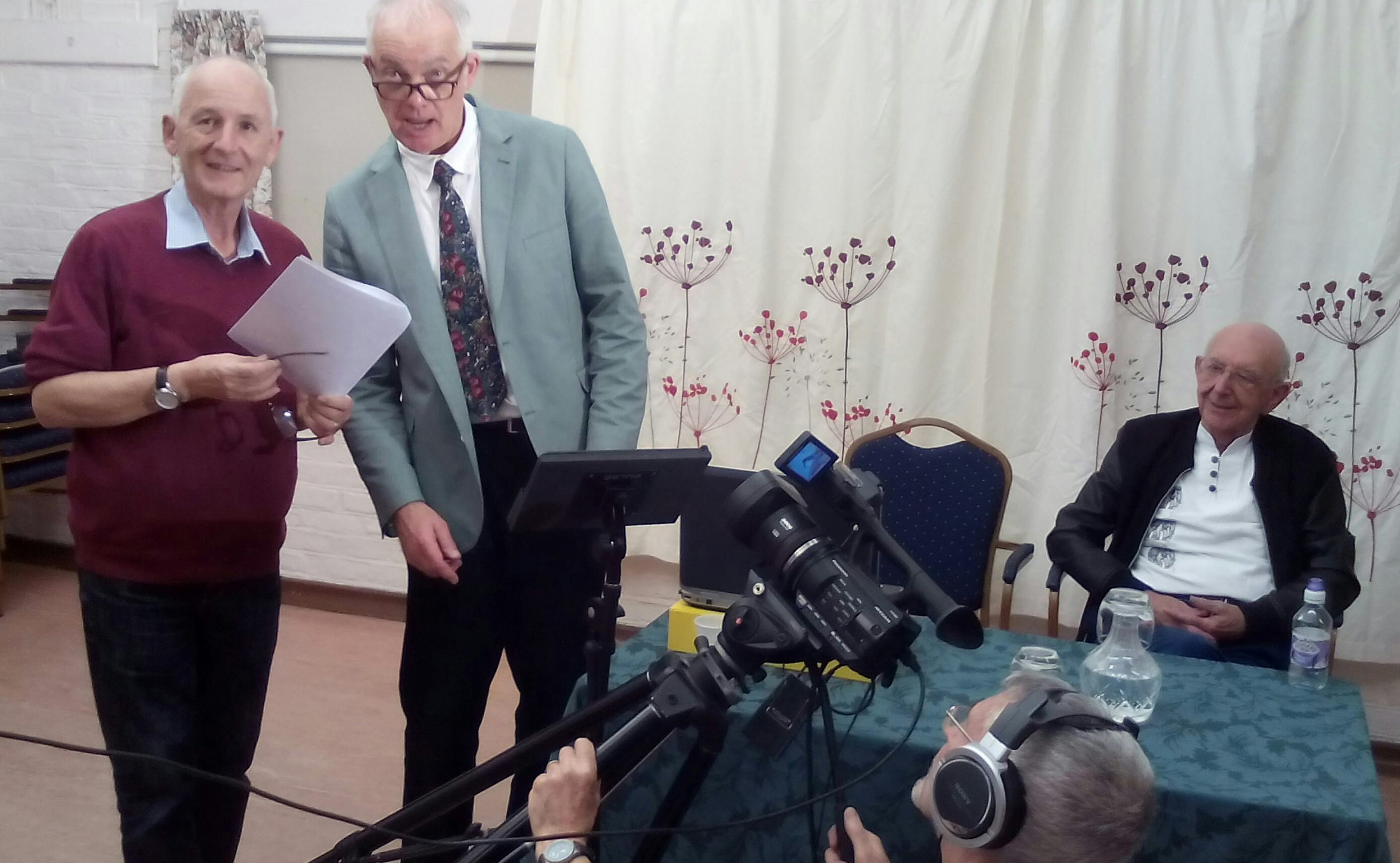 Due to circumstances beyond our control, filming on Alan Cross’s production of ‘Goody Two Shoes’ has been temporarily suspended. There is the possibility of it being resurrected in some form or another in the future.

Locations are being scouted for the Lucy Goldberg and Alan Cross screenplay with the working title ‘Elephant on the Wall’, which was read during the script evening. Although no start date for the filming has been set, Alan is confident of completing the production in time for this year’s Albany competition.

Mike Spanton is giving consideration to taking over as director for ‘Dead on Time’, the thriller written by Brian Meetens, that was scheduled to start last summer and given a reading during the script evening.

David Allen is working on the pre-production of two films he intends to make during the year.

‘Alibi’ is the title of a new film Alan Eyles is expecting to make this summer.

Filming is continuing on functions attended by the Worthing Mayor during his year of office which ends in May this year.