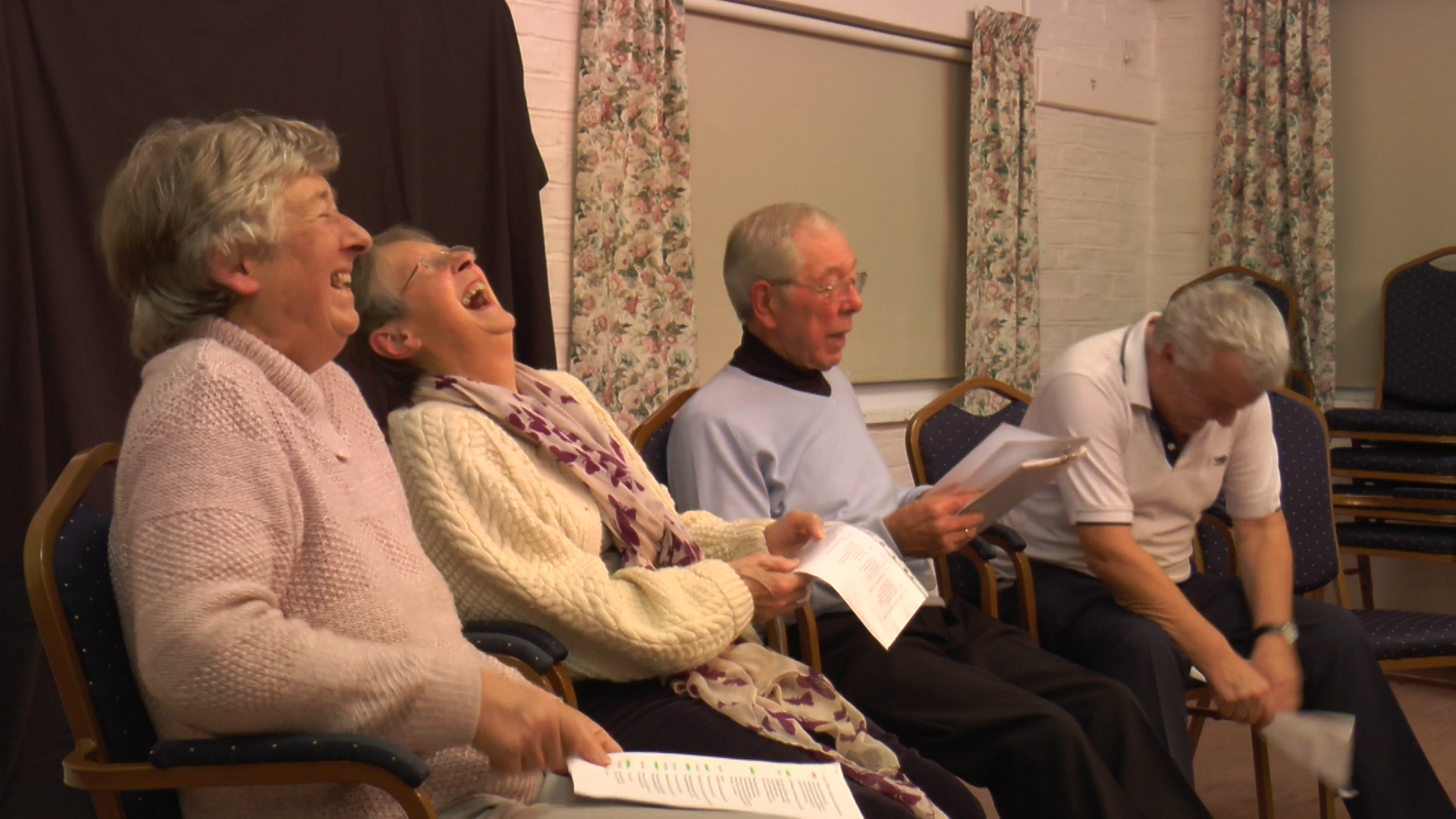 The recent stories and scripts evening at the club brought forth a superb response from members with a fascinating and varied array of scripts and story synopses being put forward.

Some of the scripts may well be filmed by individuals, others will be made as club productions, but all films made will require the assistance of club members and resources.

Above: Vivienne, Pauline, Brian & Howard having difficulty keeping straight faces whilst reading one of the comedy scripts on Wed 15th November.

Here are brief details to help remind you of the stories and scripts we heard during the evening.

First up was a thriller in which a devious wife plots her rich husband’s downfall – literally – over a cliff!

A story about a young man attending an audition followed and explored the differing views and arguments put forward as reasons why he should or shouldn’t be cast.

A very funny script suitable for a Hot Short was offered by Tony and could well be a winner judging by the audience reaction.

Next was a story concerning a curator having great difficulty explaining the finer points of modern art to a group of people at an exhibition.

Ben brought along the first part of an intriguing sci fi script he is writing and Michael Poland read out synopses of two stories, one a comedy using a play on words to good effect, and the second a drama about a father and son who are reported missing.

‘The Landlady’ by Alan Eyles, relates the story of a pub with a ghost and a comedy thriller ‘Shadows in the Night’ gave an insight into what happens when a burglar is caught in the act.

Grateful thanks to all those members who brought in stories and scripts they had written, also to the audience for their very useful and sensible comments about the stories and to everybody who willingly volunteered to sit out front and read the scripts to the gathered assembly.

We’re always looking for stories to film, so if you have a story or even just an idea, don’t hang on to it, please pass it to the script sub-committee. Hand a printed copy to me, Brian Meetens during a club evening or send it to my email address.