It all started in 1989, when the era of cine cameras was coming to an end and a new club using video was announced locally. 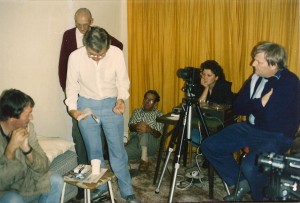 At the time, Percy Bayford and Brian Meetens were members of Shoreham Cine club, but decided to see what video had to offer and went along to a meeting of this new club.

Unfortunately, the new club received very little interest and folded but Percy and Brian now had a taste for video and along with another member, Tom Perkins, decided to try and start a video club that would be rather more lively and incorporate more interesting programme ideas. 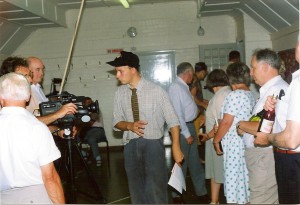 Through advertising, six new people joined, and, to save hiring a room, meetings were held at Brian’s house while the members started to formulate ideas for the club. Soon, they were joined by more would-be videographers, including SERIAC stalwarts, Keith Sayers and Ian Wingate, together with Peter Everett. A couple of summer projects were organised and a name for the club proposed – South Downs Video and Film Makers was born.

By the time filming finished, membership was moving up rapidly, and, after trying one location, the club ended up at Ferring Village Hall on 2nd June 1990. 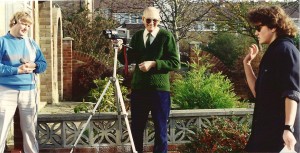 Over the following years, the club incorporated FAST films (FAST standing for Film A Story Tonight), tutorials for members in camera features (such as shutter speed and aperture) and best practice for shots and editing, gathered for social events (such as barbecues and cream teas), enjoyed friendly rivalries with nearby club, Chichester Film and Video Makers, and won many awards for a variety of films.

During more recent times, the “Video” was dropped from the club name to reflect the dying form of video as a recording medium and embrace the meteoric rise of the various digital formats.

We remain a friendly, non-profit organisation, who enjoy making films as a hobby and teaching others about the process.