On Wednesday 20th November, the club was treated to a presentation by Frank Gary of the Screen Archive South East, on KINEMACOLOR, which was the first successful colour motion picture process, used commercially from 1908 to 1914. It was invented by George Albert Smith of Brighton, England in 1906. It was a two-colour additive colour process, photographing and projecting a black-and-white film behind alternating red and green filters. Frank gave us an illuminating insight into how the process was developed, and showed us some examples of films made in this way. 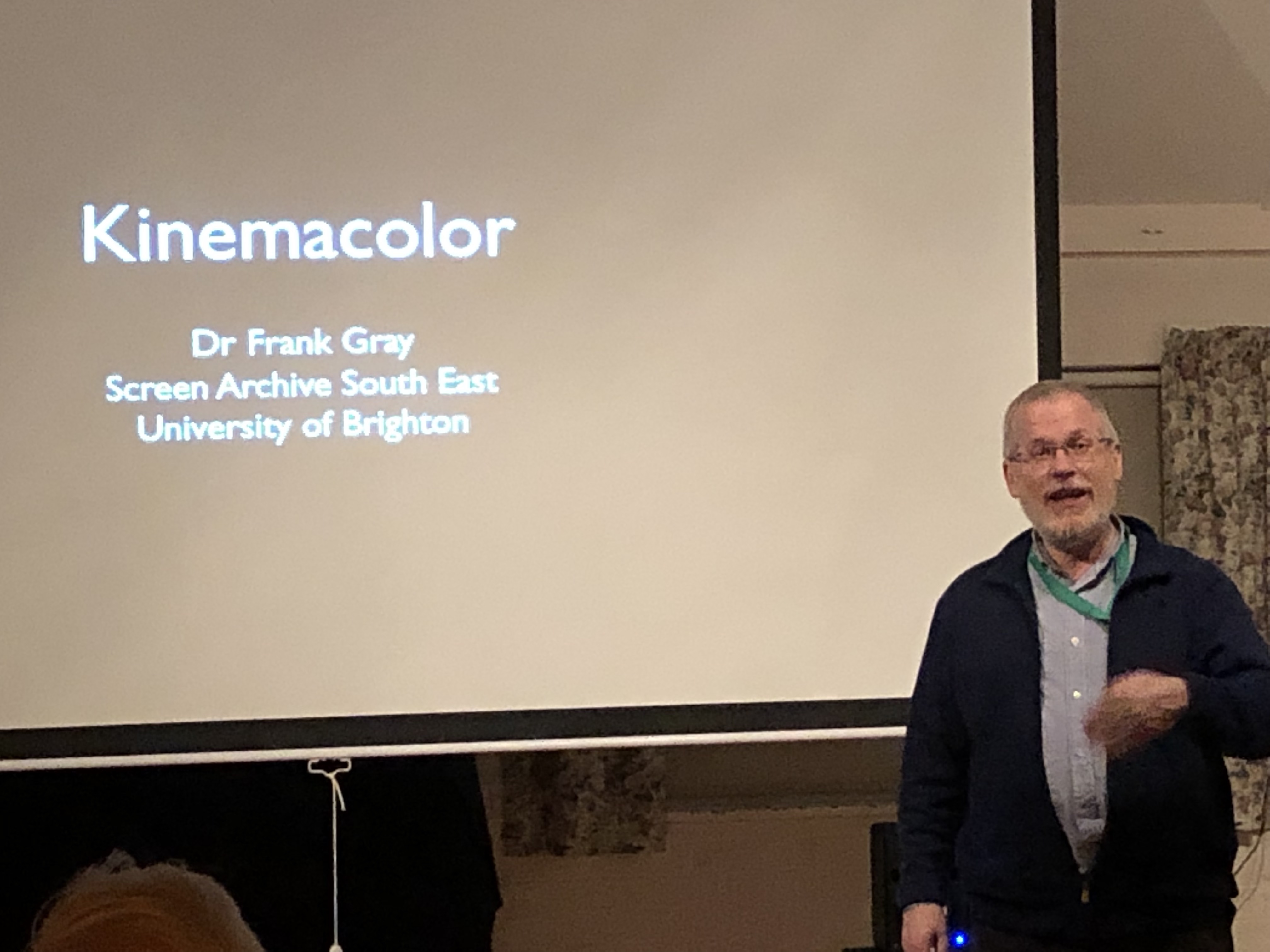 Screen Archive South East is a public sector moving image archive serving the South East of England. SASE is part of the School of Media at the University of Brighton. Its function is to collect, preserve, research and provide access to screen material related to this region and of general relevance to the study of screen history. Their screen collection consists of magic lantern slides, film, videotape, digital formats and associated hardware and documentation. It includes material made by individuals, families, cine-clubs, public services, communities and companies. These records capture many varied aspects of life, work and creativity from the 19th to the 21st centuries and serve as a rich and invaluable historical resource.