Alan Eyles is working on a film with the working title of ‘McCarthy’s Church’ and is looking to local amateur theatre groups for the cast. 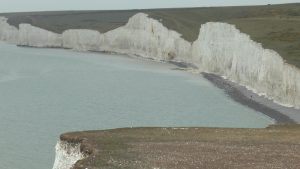 Brian Meetens has written a thriller entitled Dead on Time, which was read at a club meeting a couple of years ago during one of the script evenings and which received encouraging comments from the audience. The film is currently in pre-production with Brian producing and Paul Webster directing. The film has been cast and has a start date for filming toward the end of June.

Alan Cross is writing a screenplay from a script written by Nadya Henwood and is looking to make the film during the summer.

Alan has also volunteered to make a promo for the club and is considering various proposals on items to be included.

Howard Johnson has just completed filming a green screen production with the apt title of ‘Heady’s’ and written a comedy sketch entitled ‘Cold Calling’ which has been chalked up for filming during the summer.

Bob Summers is co-ordinating production of a promo being made for ‘Neighbourhood Watch’.

Do you have any stories or scripts that may be suitable for filming?  If so, we’ll be delighted to hear from you.