Although only six clubs were represented on the day (9 films including 4 from SDFM), there were an additional 32 individual entries amongst whom were a number of well known members of clubs including our own Alan Cross whose ‘Seven Sisters’ and ‘Ralph Waters’ films received the Creative Sound and the Croydon Documentary Trophies respectively. (Photo below left: SDFM chairman Roy Powell, receiving the JVC trophy for best editing, from Rita Hayes, chairman of SERIAC). 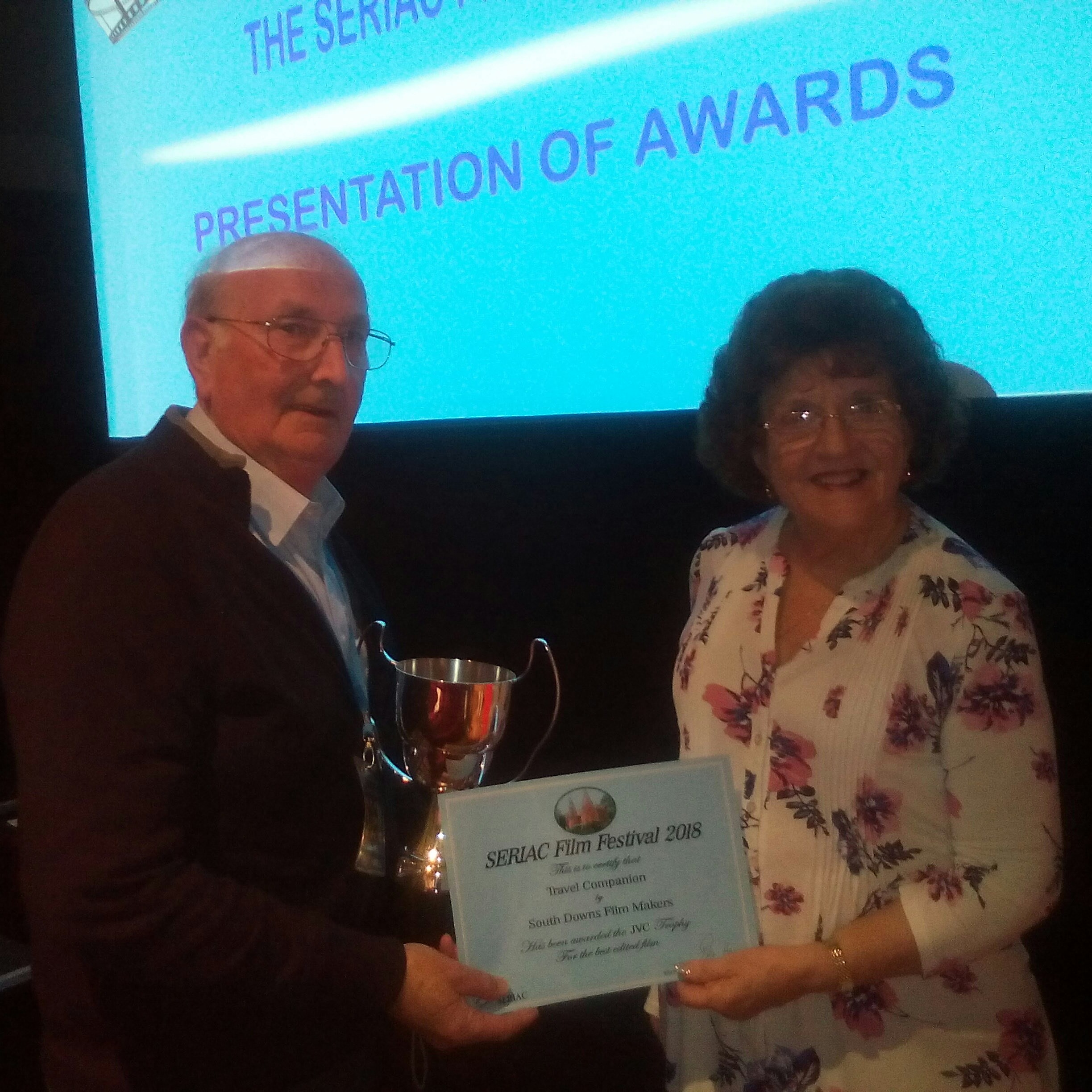 Best of all our own ‘Travel Companion’ swept the board with 4 trophies and retaining the Regional Shield for Best film in the Festival – well done to all the crew and contributors to that film. It also received the trophies for Best Editing, Best Comedy and the Best film from an IAC affiliated Club. This is what the judges thought:

Normally when writing comments for a film the judges will struggle with suitable words. This film really only needs the word ‘well‘ because my notes (and that of the other judges?) must have read something on the lines of well shot…well acted…well lit..well edited..well directed (we could go on) Well.. what more can I say? This film had all the ingredients just right, starting with a good original script, an excellent cast who acted so well and who were well directed. The film had a good pace,varied camera anglesin scenes that were well lit. We liked the light coming from the shed windows. There was a good choice of shots keeping the film moving along. The Tv studio green screen worked very well and the ‘presenter’ was very good. In short, everything was right with this film. Congratulations to all involved. 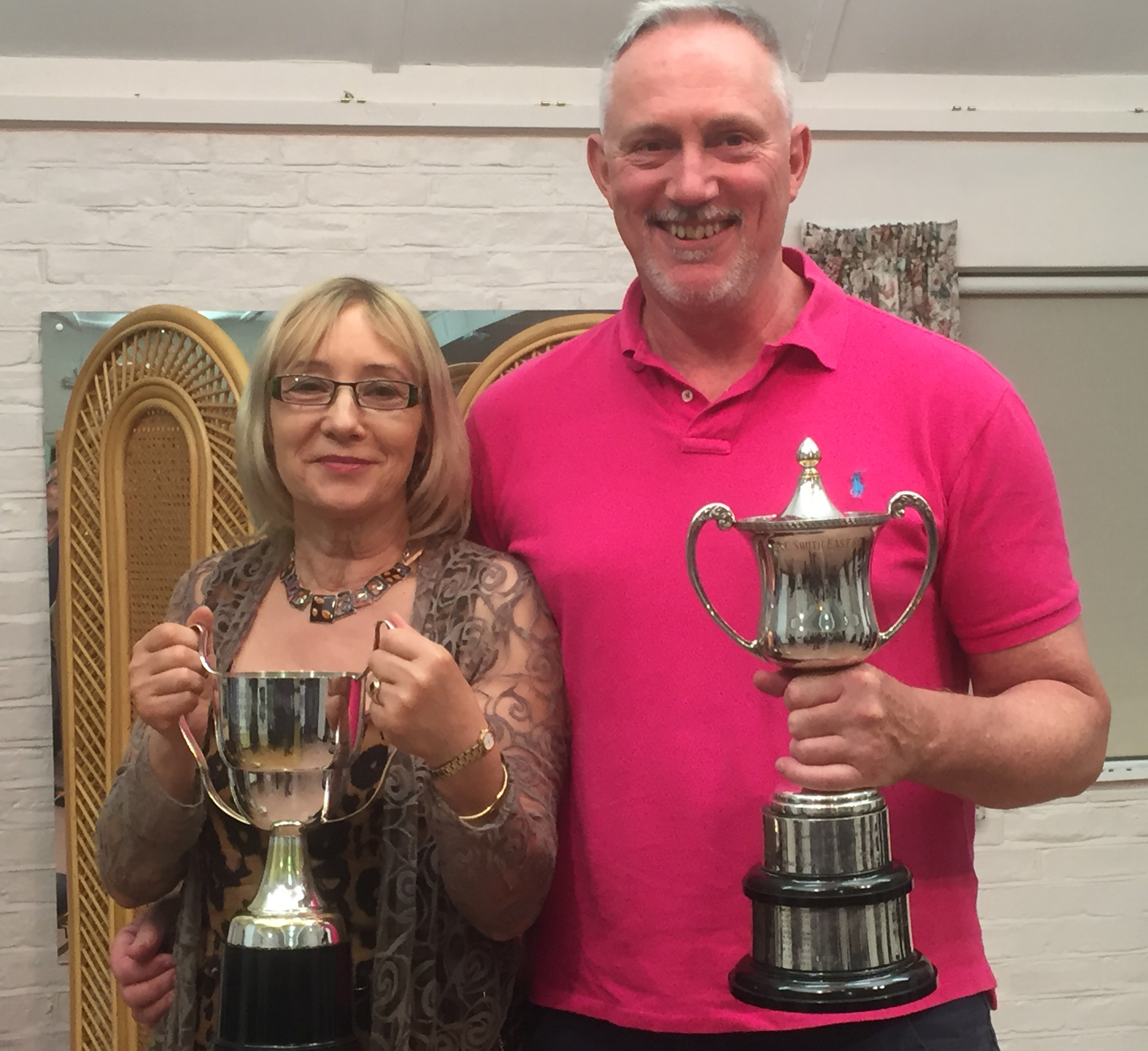 Five members attended from South Downs (Roy Powell, Bob Summers, David Allen, Alan Cross and myself) and had the arduous task of transferring all 6 trophies back to Worthing looking like we were Pizza delivery boys! Unfortunately Alan had to leave early and was oblivious to the accolade he was rightly about to receive or could it be that the emotion of the event got the better of him. Will we ever know!

(Photo right: Irina Pitman holding the JVC Trophy for ‘best editing’ and Alan Cross holding the Kent Cup for ‘best film by an IAC affiliated club’ both for the film ’Travel Companion’ which also won the Regional Shield for best film. Irina wrote the original story and jointly with Alan wrote the screenplay. Alan directed and edited the film).