Howard, David and Mike from SDFM, attended the 50th Birthday Celebration of the annual SERIAC Sussex Film Festival at Wivelsfield Green Village Hall on Sunday 6th October, and struggled home with armfuls of trophies and awards. The turnout overall was rather disappointing with only 25 people attending from clubs in the south-east, together with individuals who submitted their own films. There were 22 films screened in total across a wide range of genres. Films were pre-judged (with the exception of the Mike Coad trophy) by members of the IAC North Thames region – Potters Bar Filmmakers. Our haul was:

CHALLENGE CUP for BEST OVERALL FILM – ‘A Toast to Tarring’

Below: Howard Johnson being presented with the Challenge Cup trophy for best overall film for ‘A Toast to Tarring’, from Mike Whyman, Vice-President of the IAC and editor of the Film & Video Maker magazine 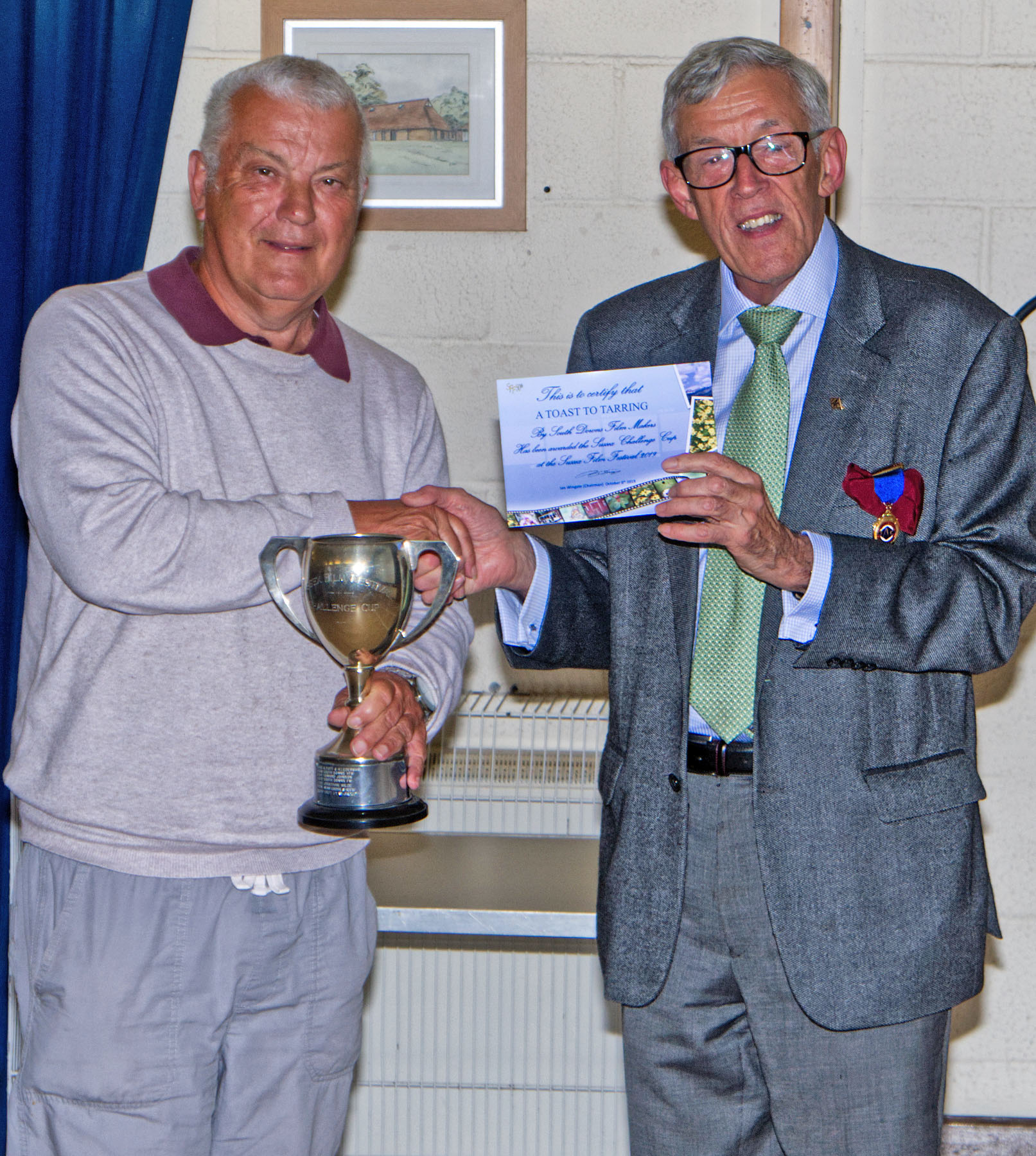